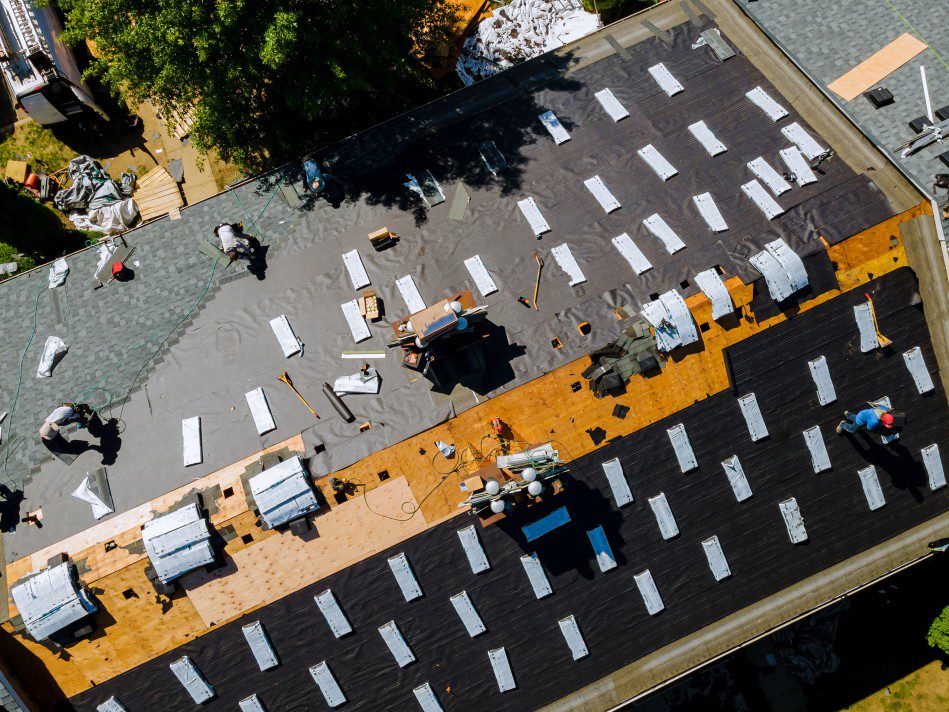 Can I Install a New Shingle Roof Over My Existing Roof? 

Shingle roofs are a lightweight and long-lasting choice for the roof covering material because of their toughness.

They are versatile but compact materials that allow for the simultaneous placement of two different materials on a roof. However, there are several considerations and calculations that the owner must take into account.

There are many considerations to observe when re-roofing your home with an additional layer of shingles. It is typically a calculated process with several variables involved in it.

Some of the factors include:

The local building codes specify whether or not it is permissible to add a shingled layer.

Some states allow a maximum of two layers, but you must first check with your local authorities and obtain the necessary permits before proceeding with your project.

There are a variety of ways to determine whether or not they are in poor condition:

The installation is also influenced by the condition of the roof interior itself. Some damages may not be visible from the outside and may necessitate a key inspection of the attic to be discovered.

Strength of the roof frame

First, you must establish whether your roof can support an additional layer of shingles before installing. Even though shingles are lightweight in hand, they can weigh several thousand pounds when installed on a roof slope.

When combined with the existing load of the shingles, this additional load may cause the roof frame to become weakened. Secondary loads from snow or rain have also gone unaccounted for, which may result in the progressive sinking of a roof on a weak frame in the future.

It is also necessary to have the roof frame inspected for any deteriorating factors or damage if the roof is old.

The age of your current roof affects both the manufacturer’s Warranty and the state of your roof.

If your roof is old, it may also not be compatible with the new shingles as they may easily get damaged during the new installation.

The type of shingle

Planned unit developments (PUDs) are self-sustainable communities, often functioning as small towns. It may be gated, with the members required to follow specific guidelines to maintain the aesthetic look of the place and the value of the homes.

The home owner’s association (HOA) may set guidelines, including the roofing process and policies for members of the planned unit development. Before joining, these are signed in a contract, so breaching them is not allowed.

You should check with them to know whether it is okay or read the contract to see if it is stated in it.

You need to check that the flashing at the various places is firm and functional before installing the new layer. Some of them, including

Rusted or damaged flashing may need to be replaced before the new shingles are fixed to prevent water from damaging the roof interior.

Ventilation is vital on a roof, especially a pitched roof or one with an attic. Air trapped in the attic may build up heat, resulting in increased utility fees from air conditioning.

There are a few pros to having two layers of shingles on your roof. Some of them are:

It is cheaper to install a new layer of shingles over an existing one. The labor cost for tearing down the old roof and installing the new one is higher than having a single replacement.

It is also costly to dispose of the old shingles in preparation for the new ones.

A double layer of shingles offers double protection against the elements. It effectively prevents leakages when appropriately installed.

For example, shingles that may be exposed or removed after a storm won’t affect the roof as much as one layer would. The old underlying layer would protect the roof from damage by the elements.

Following an inspection, correct installation of a roof by the same manufacturer may result in a re-roofing warranty.

As much as installing an extra layer of shingles is beneficial, there are certain downsides to having a second layer.

As much as you may have to install a new shingle layer on an existing one, it’s not as simple as it sounds. To assess the damage to the roof framework and fix it, you may have to rip off some parts of the roof.

Shingles work perfectly when installed on flat and even surfaces, creating an appealing look. When installed on top of each other, they may not stick well enough or maybe prone to damage by the elements.

It will be more costly to repair your roof if you remove both layers of shingles. Sections of the roof may need removal to inspect and repair damage to other parts of the roof, such as the underlayment and roof sheathing.

As a result of stripping away the layers, the roof deck and underlayment can also be harmed. Because of the large number of holes in the roof, repairing it is a high-risk endeavor.

The underlayment and deck are nailed again when installing new shingles, and the roof may become more susceptible to leaks and damage.

Roof leaks are more likely to occur due to this new set of holes, which can cause damage to the interior of both the roof and the house.

Due to the policies of the roofing material manufacturers, there’s a possibility that companies will not allow double roofing because they believe that it is an unnecessary liability or a contributing factor to issues that develop on the roof over time, such as damage caused by overloading.

When both layers of the roof are present, there is also a degree of uncertainty about how original installation in the event of damage. For these reasons, it’s challenging to work out reimbursements dues, and often they are not given.

In some cases, adding another layer of roofing material will not improve the roof’s aesthetic appeal, and the roof inspection report may contain concerns about the roof’s performance.

Clients may be concerned about maintenance costs, roof replacements, and the roof’s health, and some clients would rather not have a double shingled roof installed on their home.

A pitched roof has a lot of air space between the roof framework and the roof’s rafters. Through conventional heat loss methods and roof vents such as turtle or ridge ventilation systems, this space traps heat and slowly releases it into the surrounding environment over time.

More heat is trapped in the attic due to a double layer of shingles, while less heat is lost to the surrounding environment, creating high utility bills from lengthy air conditioning usage.

It also impacts the house, as it damages the interior of the roof as well as the old layer of shingles.

Reasons Why Homeowners Opt For A Layover:

The following are some scenarios in which a homeowner may choose to add a layer of shingles after carefully weighing the benefits and drawbacks.

Some of them are as follows:

For a homeowner working within a strict budget, installing an additional layer of roofing shingles may be less costly than replacing the existing one.

Payment plans to assist with the roof replacement financing can be obtained to resolve this problem. A second mortgage or refinancing the house for cash are two options.

Flipping and fixing a house

When most house flippers work, they do so with the help of a loan that pays for all of their expenses, which the after-value price (AFV) will replace with an additional profit for the seller. As a result, it is necessary to sell the house as quickly and inexpensively as possible.

The ease with which the second layer of shingles can be installed and its economic viability are important considerations for many house flippers. This is because the housing market reaches its apex at specific times of the year, and the loans continue to earn interest.